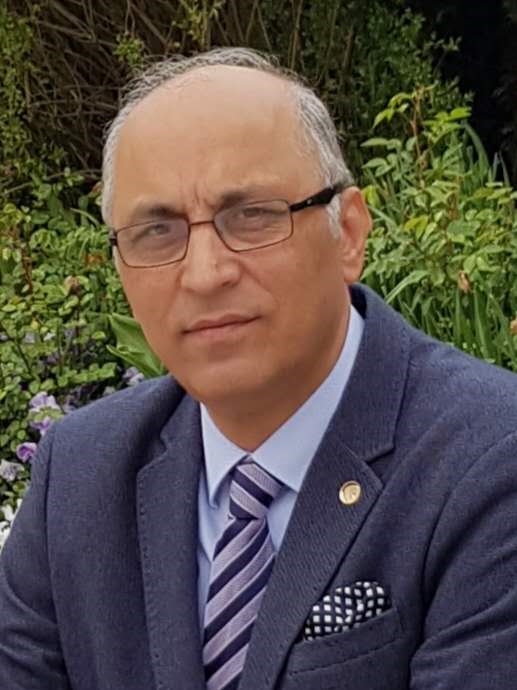 China and Pakistan – two all-weather friends – are no doubt true partners who share weal and woe. The two countries’ relations are flourishing these years with the development of the CPEC in Pakistan. Since the outbreak of the COVID-19 pandemic, the two countries have stood together to fight the virus. Pakistani President Arif Alvi visited China this March during the pandemic for the first time since he assumed office in 2018. How will China-Pakistan relations further develop? What cooperative projects will be conducted? Will the external malice from some Western countries spoil the two countries’ relations? On the occasion of Pakistan’s Independence Day which falls on Friday, Global Times reporter Dong Feng (GT) interviewed Pakistani Ambassador to China Moin ul Haque (Haque) on these topics.

GT: Pakistan has recently re-entered into some important hydropower project deals with Chinese companies. Some people claimed these deals could come at a heavy price for Pakistani taxpayers. How do you view the “debt trap” theory?

Haque: Investing in hydro projects is central to the Government of Pakistan’s vision for sustainable growth and socioeconomic development. Pakistan has a large population and major agricultural economic base, and these dams are vital for better management of Pakistan’s water resources. Given the uncertainties posed by climate change, these projects are also significant for our national security.

On the economic side, these projects would also contribute to job creation, skills developmentand transfer of technology. Their hydroelectric component would help instigate climate change efforts, lower the overall cost of electricity thus enhancing Pakistan’s overall economic competitiveness. Pakistan and China have a long history of cooperation in the hydro sector, and I am happy to see our Chinese friends in the vanguard for these projects as well. So the benefits of these hydro projects are quite evident and debunk the so-called “debt-trap” conspiracy theories.

GT: Why do you think these conspiracy theories surface? Could it be to disparage a bilateral friendship that has lasted for 70 years?

Haque: China and Pakistan are iron brothers and all-weather strategic partners. For the last 70 years, our relationship has been carefully nurtured by the successive governments and the peoples of the two countries. It has stood the test of time. No schemes of our adversaries could impact this historic and close relationship. Let there be no doubt about this.

GT: Please elaborate more about bilateral cooperation in agriculture and training on locust control. Will such efforts contribute to Pakistan’s food security strategy?

Haque: China and Pakistan have maintained a very strong cooperation in the field of agriculture. There are a number of established bilateral cooperation mechanisms that carry out practical cooperation in various fields such as capacity-building, technical cooperation, policy exchange and information sharing. Both sides have also signed a number of MoUs and agreements on agricultural cooperation. Moreover, there are growing linkages between the agricultural research institutions of the two countries as well. All these measures have significantly contributed to enhancing Pakistan’s food security.

A recent manifestation of this cooperation was seen during the locust attack in Pakistan. The Chinese Ministry of Agriculture and Rural Affairs sent a team of experts to Pakistan to deal with this challenge which provided valuable expertise to Pakistan. China also provided locust control drones and other related equipment to Pakistan. Similarly, an important milestone in this context is the proposed establishment of a Joint Research Center for Plant Pest and Disease Control in Pakistan with Chinese support. This would enhance Pakistan’s capacity to deal with the pest related issues including the locust attacks.

Agriculture will also be one of the focused areas of cooperation in CPEC-Phase II.

GT: The Gwadar East-Bay Expressway project, the main highway linking Pakistan’s deep sea Gwadar Port with the hinterland, is to be completed by April 2021. How do you evaluate Gwadar’s chances to become a global city?

Haque: The Gwadar Port is a “crown jewel” of the China-Pakistan Economic Corridor (CPEC) and the Belt and Road Initiative (BRI). It is also a major node outside China where the overland Silk Road Economic Belt and the 21st Century Maritime Silk Road converge.

Over the past two decades, and especially since CPEC’s advent in 2013, Gwadar has been transformed from a remote fishing town into a fully functional port with modern infrastructure. A number of projects are underway to further enhance Gwadar’s business environment and competitive edge as a hub of regional commerce, industry and logistics. These include the East-Bay Expressway, as well as a new international airport and power plant, among others.

In recent months, the port’s operations have continued to increase steadily, and it has been also cleared as an entrepôt for transshipment to Afghanistan.

This continued development has been made possible by the consensus of both countries’ leaders to take Gwadar as a priority area of our cooperation, address development gaps, and create better lives and livelihoods for the local people. Chinese enterprises and their Pakistani partners have made enormous efforts, and we are encouraged to see Gwadar develop into a major regional port.

GT: According to the 2019-20 Economic Survey of Pakistan, Pakistan’s total public debt increased by 7.6% this fiscal year. Total public debt recorded at the end of March 2020 was 35,207 billion Pakistani rupees ($21.03 billion). Different from the public debt is the debt Pakistan must pay on loans in the form of investments. Does this accumulation of debt worry policymakers in Karachi? How can Pakistan manage its debt in the future?

Haque: Borrowing is done by all the countries of the world to meet their economic and development needs. Pakistan is no exception. Pakistan’s national debt should also be seen in the context of the unprecedented and unique security and economic challenges that the country had to face in the last few decades. Our policymakers thus had to balance between essential security requirements and pressing socioeconomic needs. Fully aware of the adverse impacts of a large national debt, Pakistan’s government has made necessary adjustments to its fiscal and monetary policy aimed at reducing current account deficit, increasing revenue generation, addressing trade imbalances and encouraging investments.

In wake of the unprecedented health and economic challenges posed by COVID-19, the Prime Minister of Pakistan had appealed for a global initiative on debt relief, which aims to lay the ground for debt relief to the developing countries without onerous conditions. Such an initiative would enhance the fiscal space available to the developing countries including Pakistan.

The socioeconomic dividends of CPEC and its direct impact on improving people’s livelihoods would also help in reducing our reliance on domestic and external borrowing. 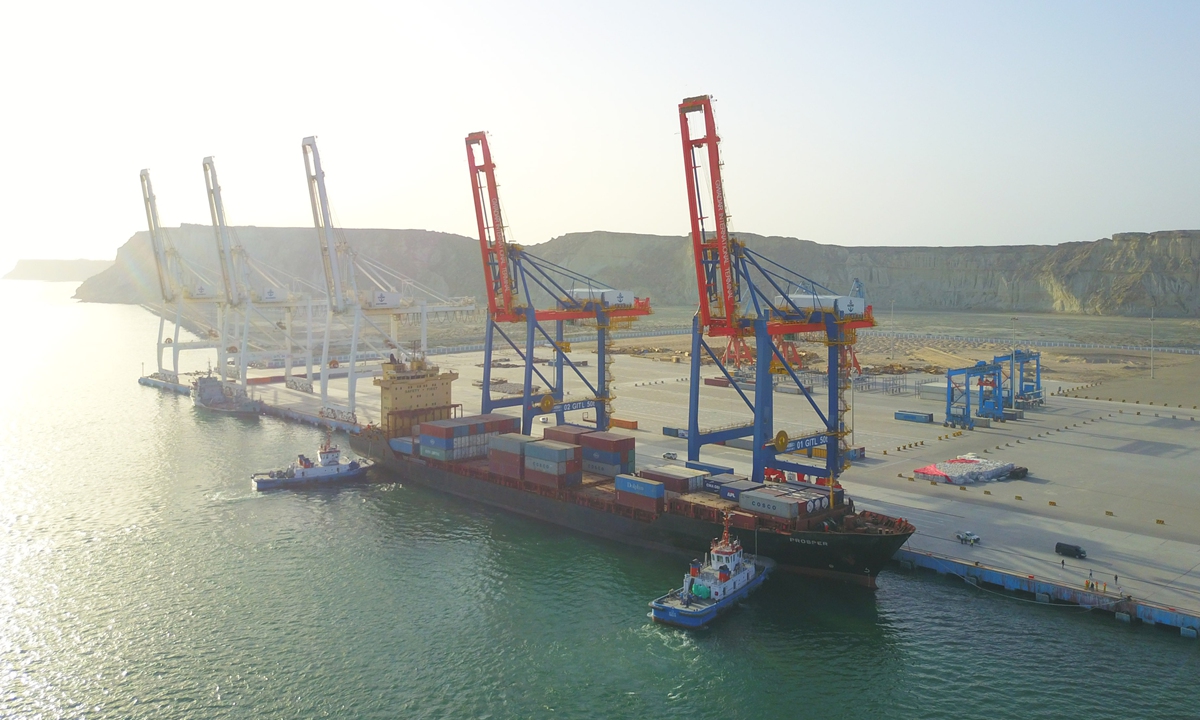 A container ship docks at the Gwadar port in Pakistan. Photo: Xinhua

GT: How do you see bilateral cooperation in youth education and development?

Haque: For a brighter and stronger bilateral relationship in the future, our younger generation has an important role to play. The youth on both sides are very aware of the close relationship between our two countries and are increasingly benefiting from the strengths of each other’s educational institutions and expertise. For instance, around 28,000 Pakistani students are studying in Chinese universities. Similarly, an increasing number of Chinese students are now enrolled in top Pakistani universities in various disciplines while many of them follow courses at the several Pakistan Study Centres as well as Urdu language departments all across China. On the same lines, students in Pakistan are fully utilizing the opportunities provided by the Confucius Institutes and Chinese language departments in Pakistan. There are also exchange programs for youth of the both sides that include visits of youth delegations from Pakistan to China and China to Pakistan every year on alternative basis.